Above average August temperatures appear to have contributed to fuelling an early start to the spring market. In the marketplace we have seen a notable increase in buyer activity, auctions brought forward & multiple offers over the past couple of weeks.

August statistics indicate positive times ahead with momentum building in the market. North Shore sales volumes remained relatively level when compared to the same period last year although the North Shore median price was down.

All in all, an excellent robust winter market and key indicators pointing towards a busy spring market!

Our auctioneer Aaron Davis appeared on One Roof recently, to tell why he feels that auction is still the best method for vendors to sell their home and how it is a more transparent method for buyers to buy with. The link to the video is below.

The graphs below show for August 2018:

Below is an excellent “Countup” as to why list with Harcourts Cooper & Co. We are not just one office we have 19 as well as the Harcourts network of offices throughout NZ and internationally. 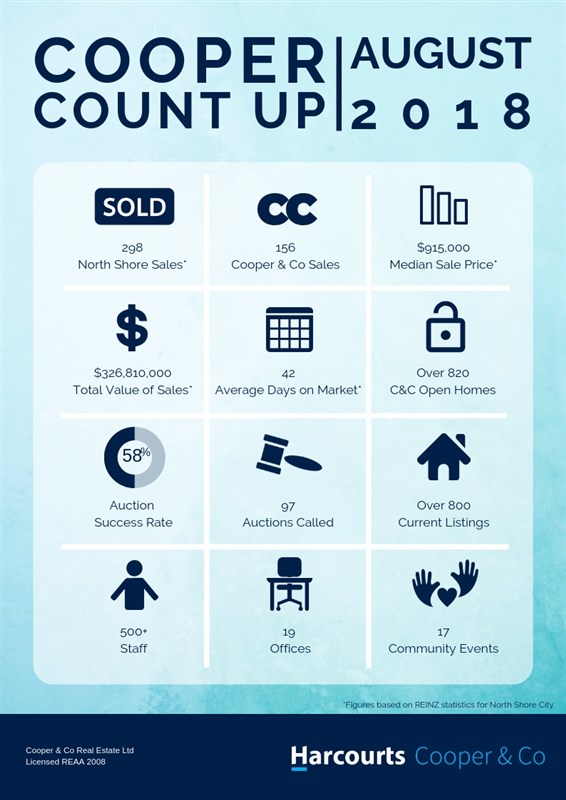